Hell yeah! It's time for the 17 most popular recipes of 2017. A look back on what happened this year, what went well, and using that information to gear up for 2018. Anyone else excited?

First thing's first, I want to go over some neat-o stats.

Those stats are mindblowing (for me). I felt like I didn't spend a great deal of my time on this blog in 2017, but these stats say otherwise. After all, that's just over 1 recipe a week for the entire year. And I checked my pageview stats...those 350,000 pageviews account for over half of the pageviews over the lifetime of this blog, which was started in 2014. Holy shit!

I may not feel like I put a ton of effort into my little blog, but I guess I'm doing something right.

I have big plans for 2018. This year was transitional for me; I started a photography business and lost my full-time job unexpectedly. In many ways, the changes are good, so I certainly can't complain! Really, the change serves as a kick in the butt to revisit some goals and finally achieve them. I'm hoping to create a couple e-books in 2018, post more recipes, and post more non-recipe content so we can really get to know each other better.

Ready to come along for the ride? If you haven't already, subscribe to my email list to always get updates about the latest recipes! 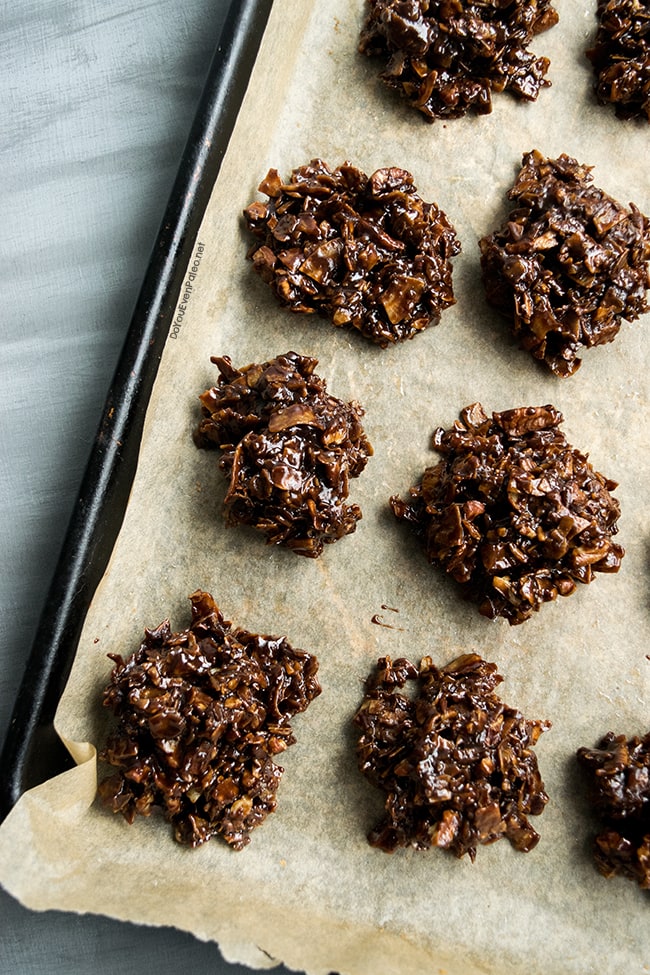 This was the last recipe I posted in 2016, and it's clearly the winner of 2017. This recipe accounts for 10% of the pageviews on DoYouEvenPaleo! I absolutely didn't expect this recipe to be such a hit - I simply wanted to create a paleo version of the no bake cookies I grew up eating. As the post explains, this was one of my mom's go-to recipes when anyone in the family got a chocolate craving. Half the time, we wouldn't even make them into cookies, but would instead pass spoons around and eat this chocolatey goodness straight out of the pot. 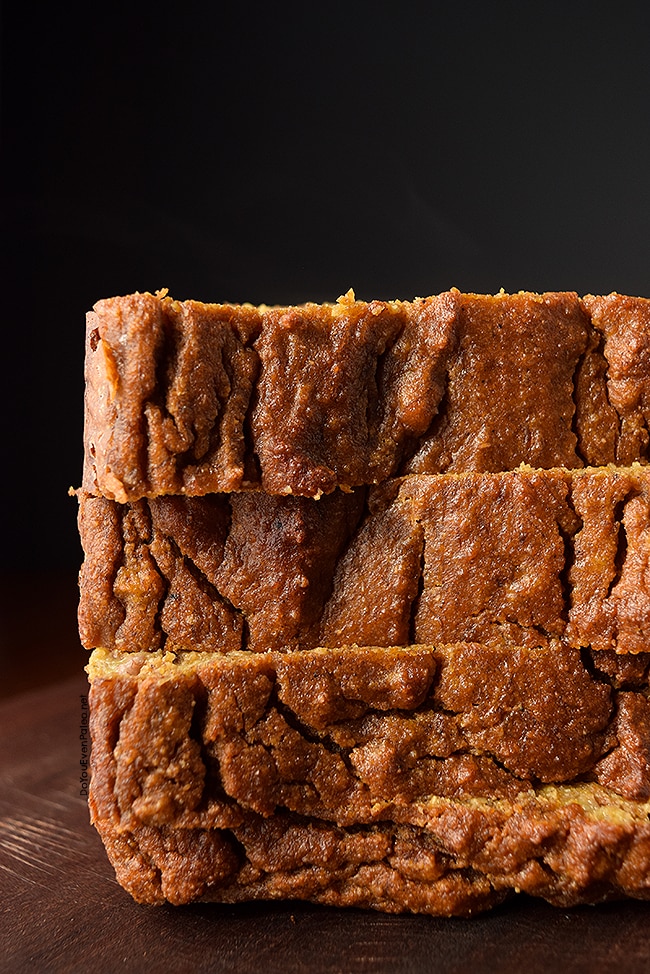 I'm not surprised that this recipe made the list! I get tagged in lots of instagram posts featuring my pumpkin banana bread. It's a great way to use up that can of pumpkin puree and those too-ripe bananas. A win-win recipe! 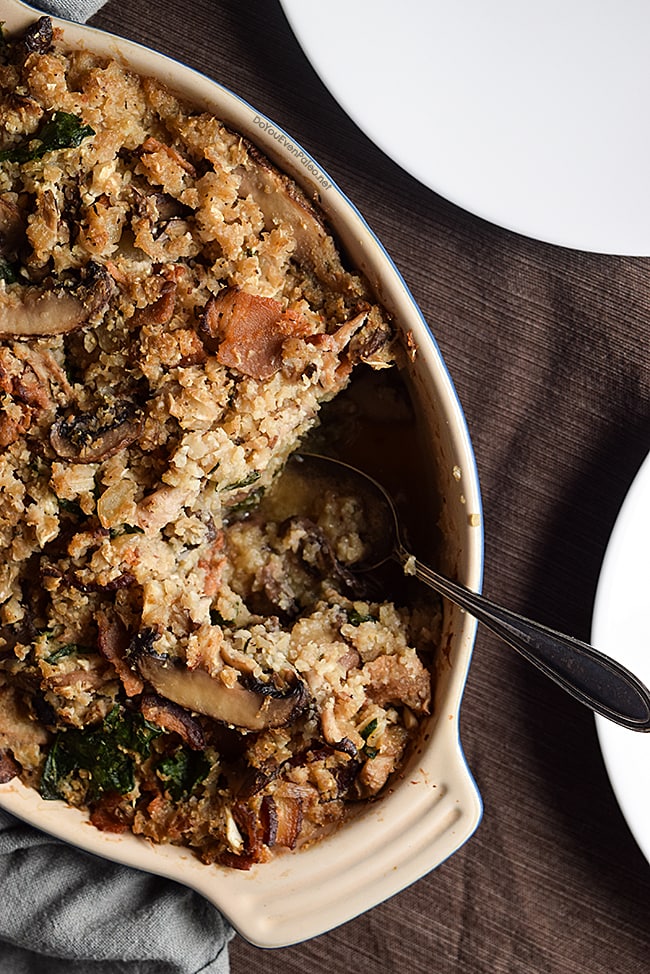 I'm thinking this recipe will always be in my top 10 for the year. It's such a good go-to recipe for holiday meals, and it certainly gets a big boost of traffic around Thanksgiving and Christmastime. This casserole recipe was included in numerous holiday recipe roundups on other blogs this year (including a vegan recipe roundup...which doesn't make any sense, but I'm not complaining...)! 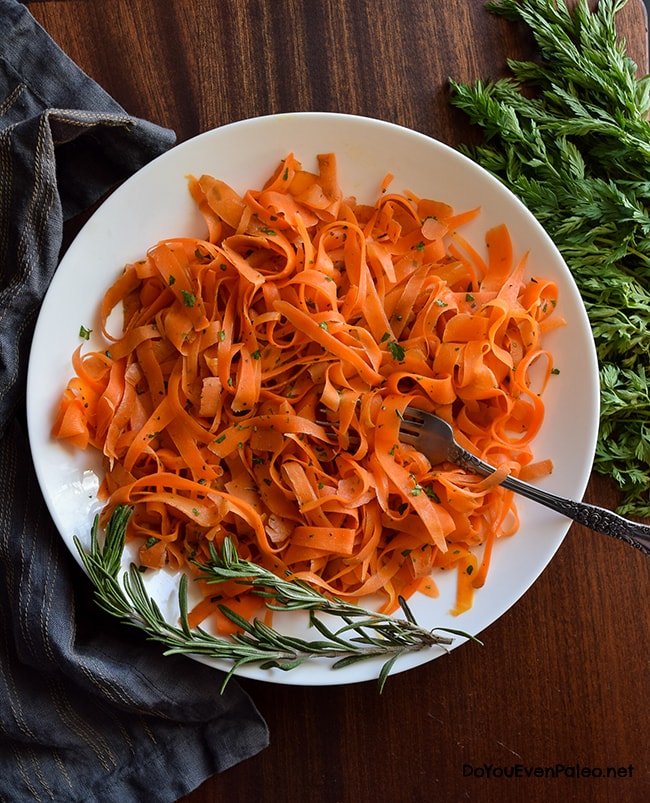 Carrot ribbons are so cool. I knew this recipe would stay popular because it's just so easy and it tastes amaaaaaaazing. 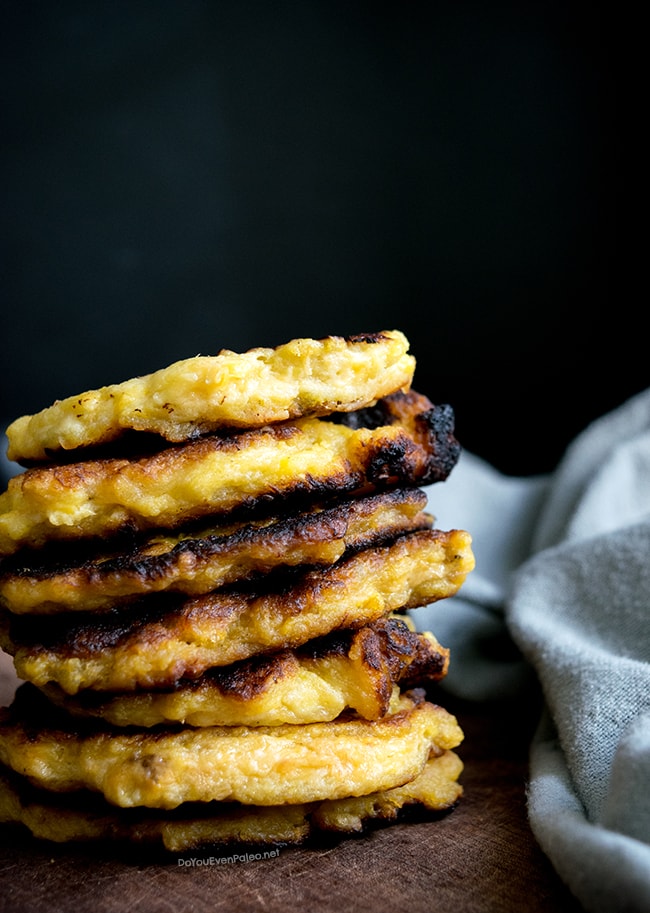 The first plantain recipe on the list! I refreshed the pictures on this post this year, so that contributed to a whole new set of eyes. Pretty pictures definitely help bring people in! 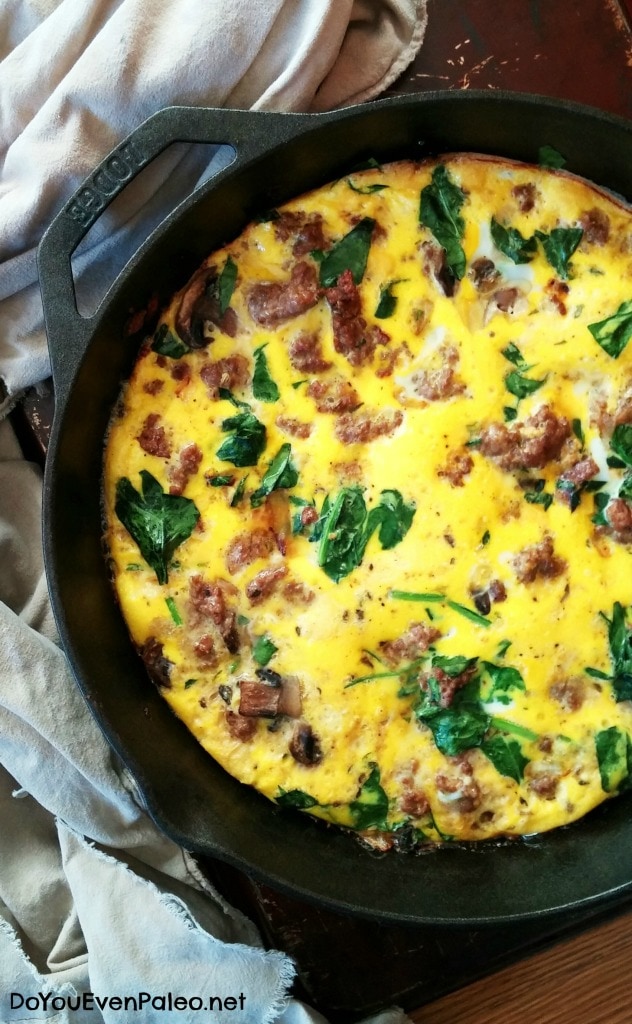 I mean, right after I said that after the plantain patties... This recipe certainly needs a picture refresh, but my cell phone pics certainly don't hold this recipe back. It's still one of my most popular recipes!

It's easy to see why this quickly became part of my top 10 - shredded chicken is nice to have a round for meal prep! This method is faster than a slow cooker and makes moist shredded chicken. 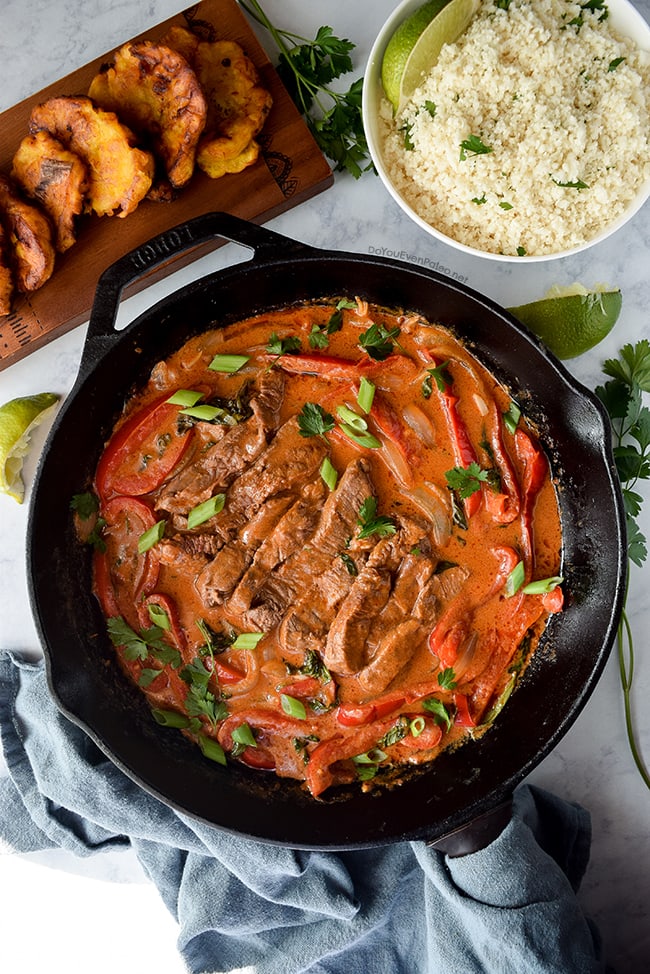 I'm so glad this one made the list, because it's SO GOOD. This Whole30-friendly recipe goes so, so well with cauliflower rice. If you're kicking off 2018 with a Whole30, please please make this recipe. It's phenomenal. 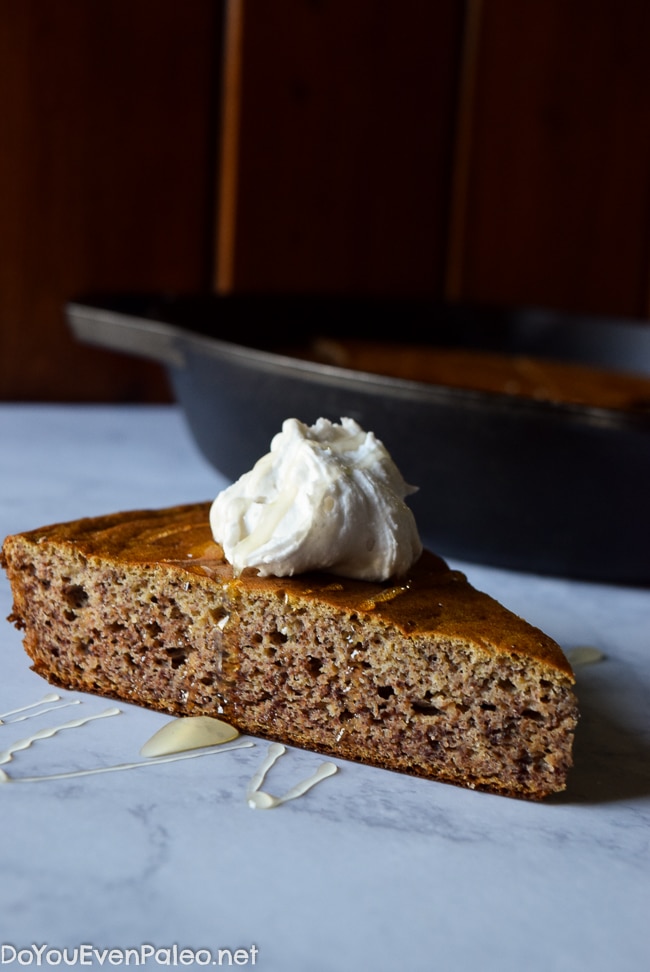 After those plantain patties above, this was the second plantain recipe I created - and it's still a favorite of mine! 3 ingredients, and this cake can be enjoyed as a dessert, part of breakfast, or a snack. 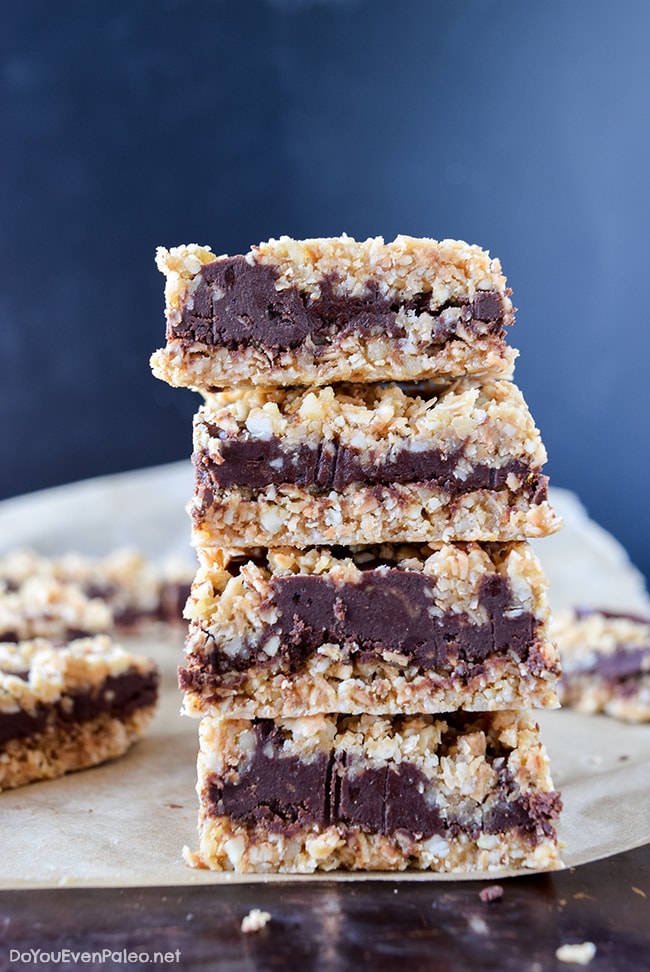 Not gonna lie—this is probably my favorite dessert recipe ever. I took a coconut oil-based "peanut butter" fudge and slathered it between two layers of crunchy coconut and nuts. Seriously, you've got to try it. 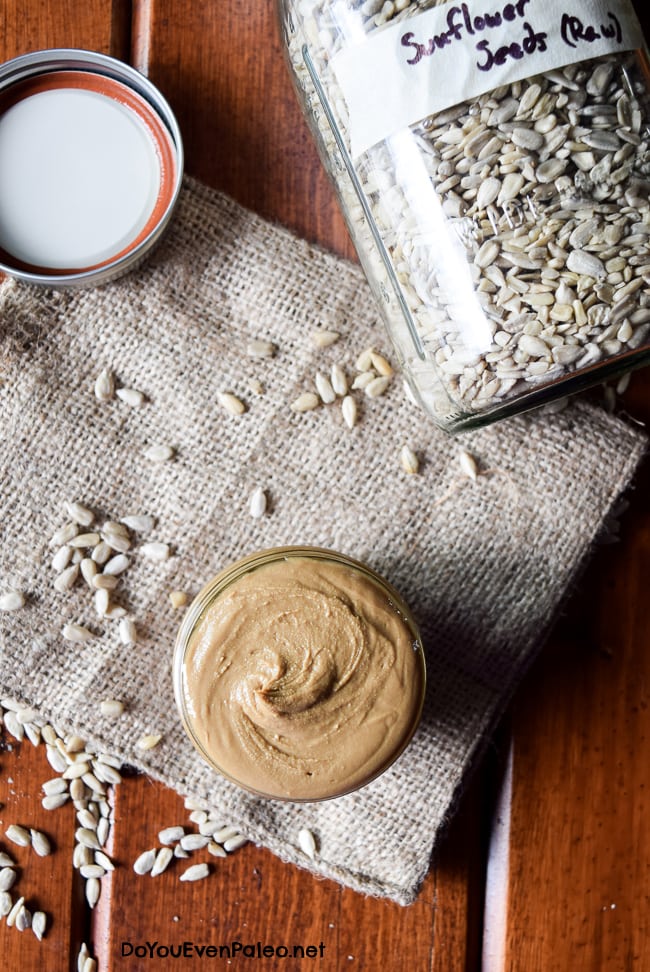 Everyone should know how to make their own nut and seed butters at home! It's super easy and WAY cheaper than store bought. 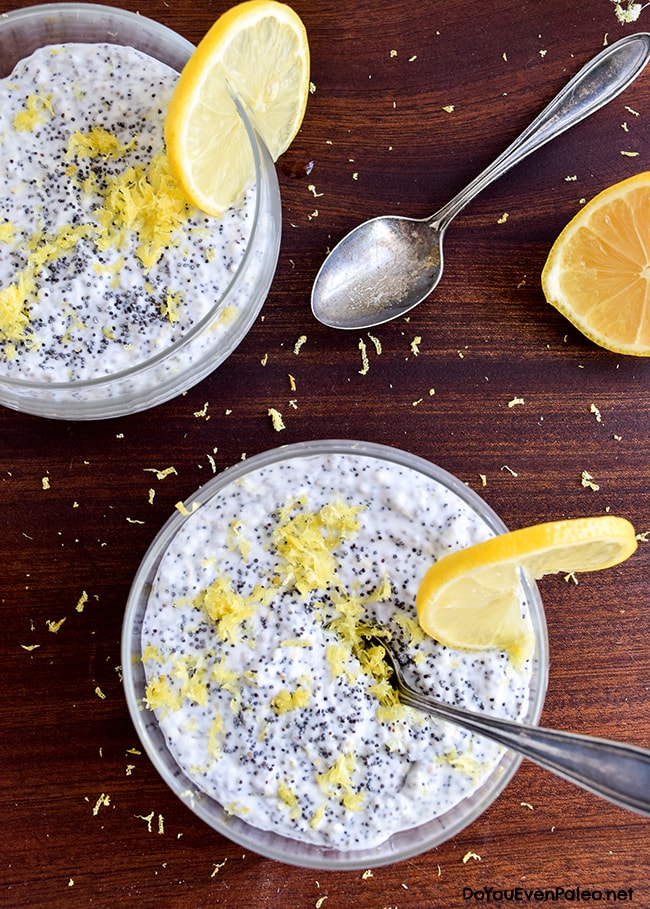 A summery, light recipe that has the tart sweetness of lemons. I was super proud of this recipe when I first posted it - and still am proud! 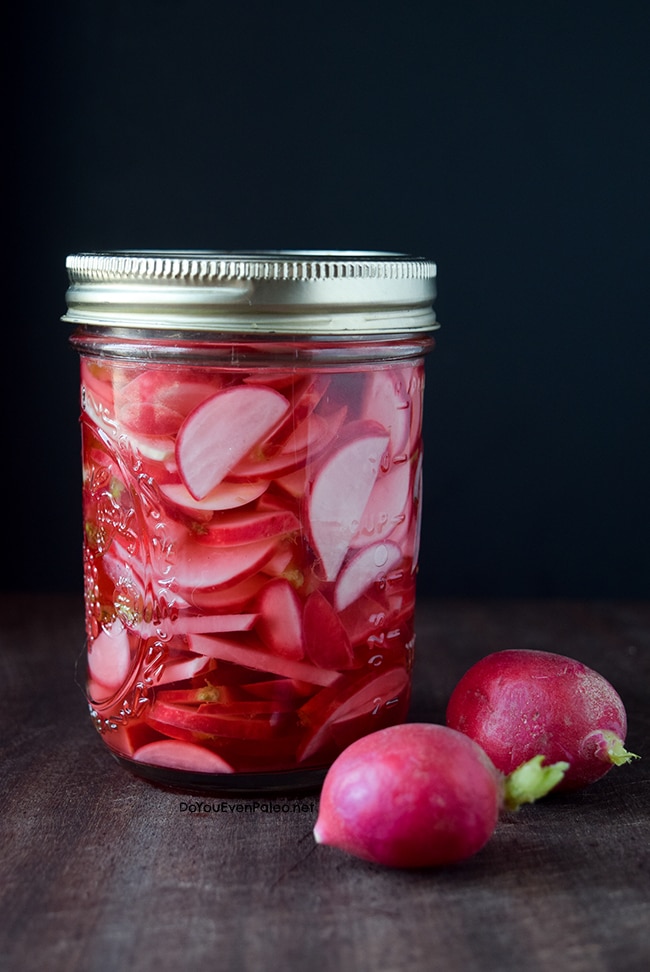 Pickled radishes are my FAVORITE taco topping. So I shared my quick-pickled recipe with the world. And the world ate it up. No wonder this made the top of the list! 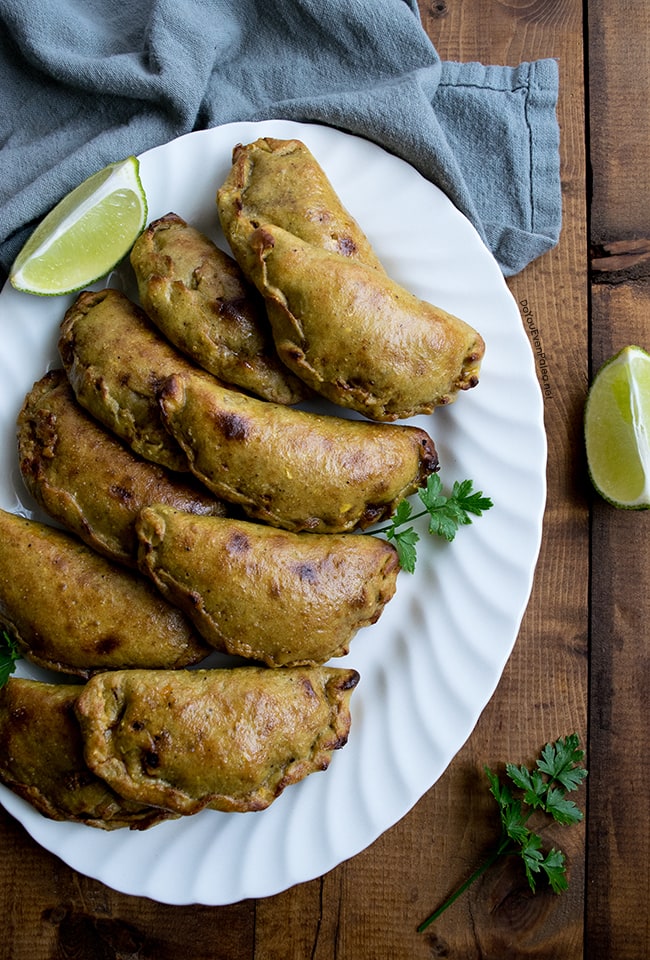 Plantain dough makes up the outside of these empanadas. That's probably why they're so dang popular! 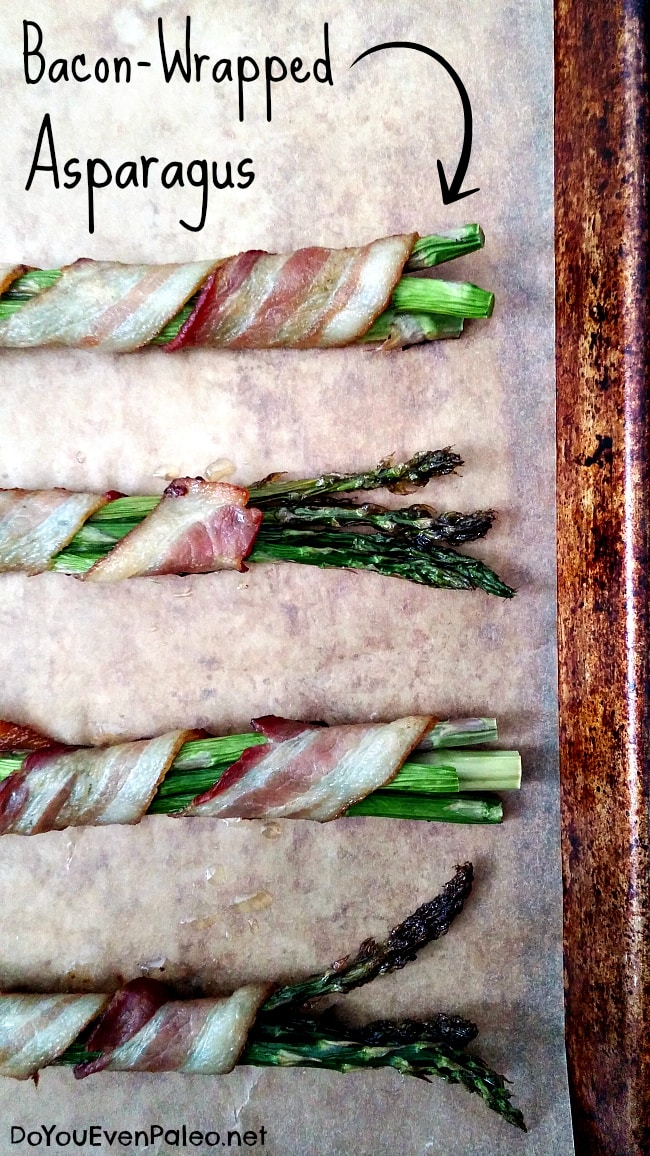 These pictures sorely need updating, but that doesn't stop anyone from sharing and using this easy recipe! 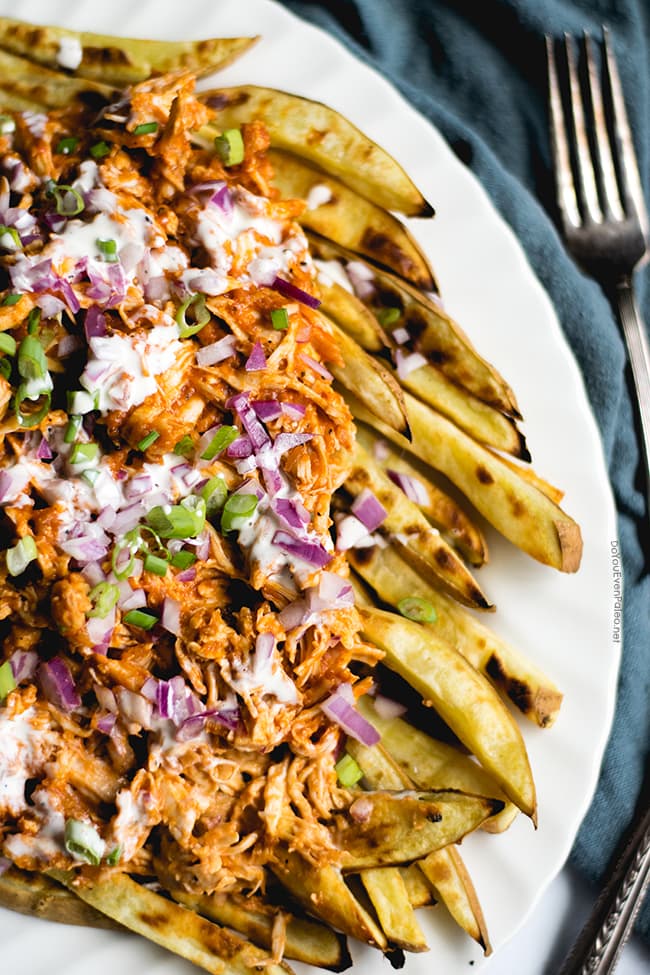 I love smothering sweet potato fries with delicious toppings. Here was the most popular version of 2017! 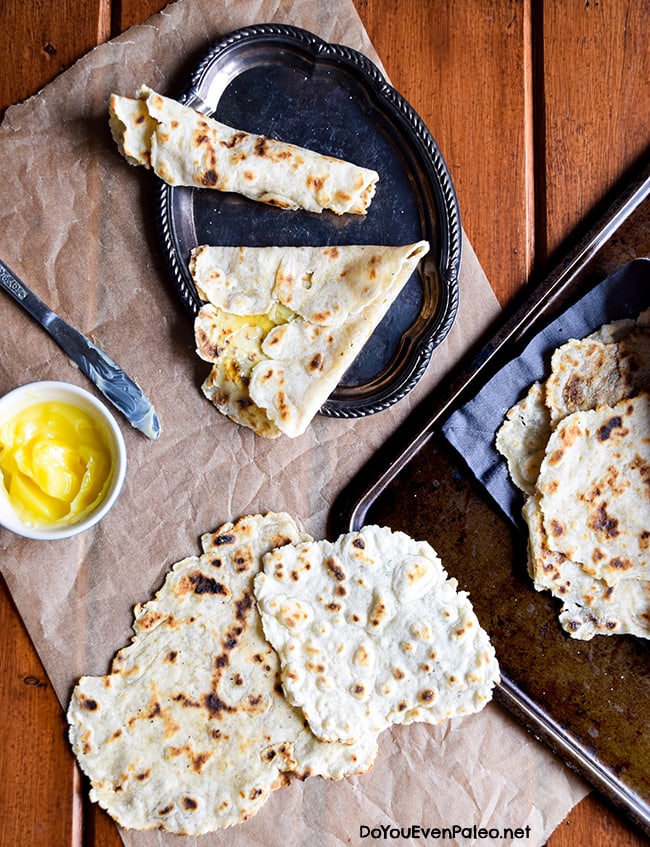 Lefse is such a popular tradition in the Midwest. It's no wonder people are searching for a gluten free version! This recipe gains massive popularity around the holidays every year. I especially love to see quite a bit of traffic from North Dakota (where I live)!

There you have it! The 17 most popular recipes of 2017 on DoYouEvenPaleo.net. Which recipes did you make? 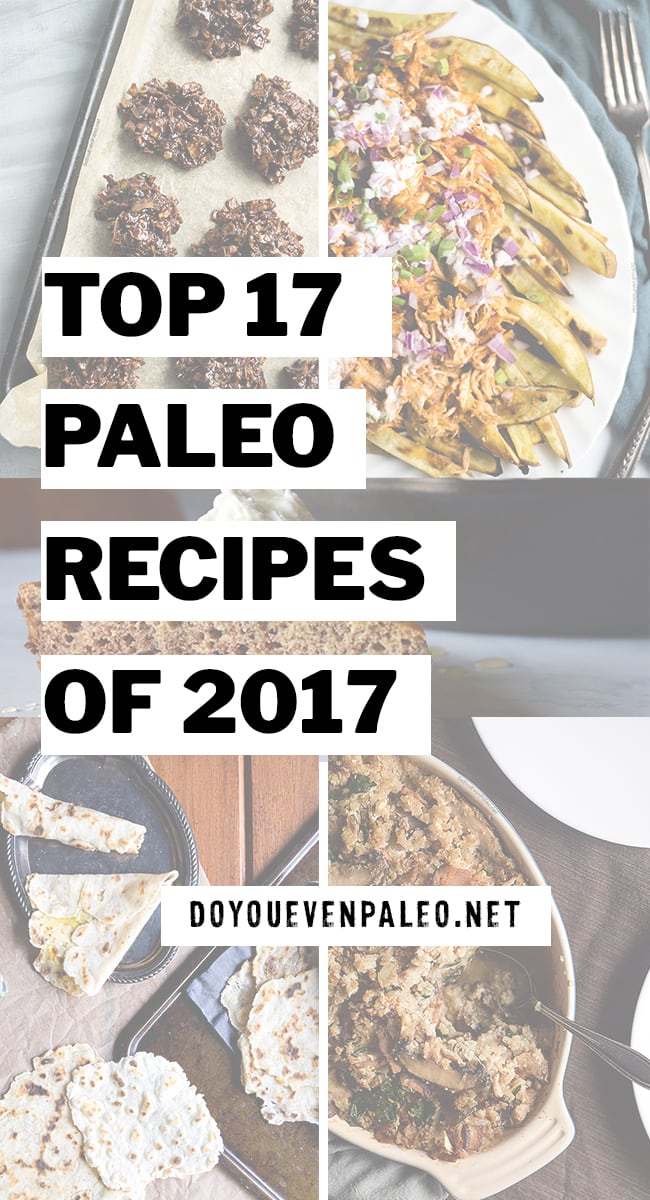