I daresay, you haven't looked this sexy in a while.

Could it be the rich, dark chocolate color?

Or...what is that you're hiding inside? Bacon? Candied bacon? 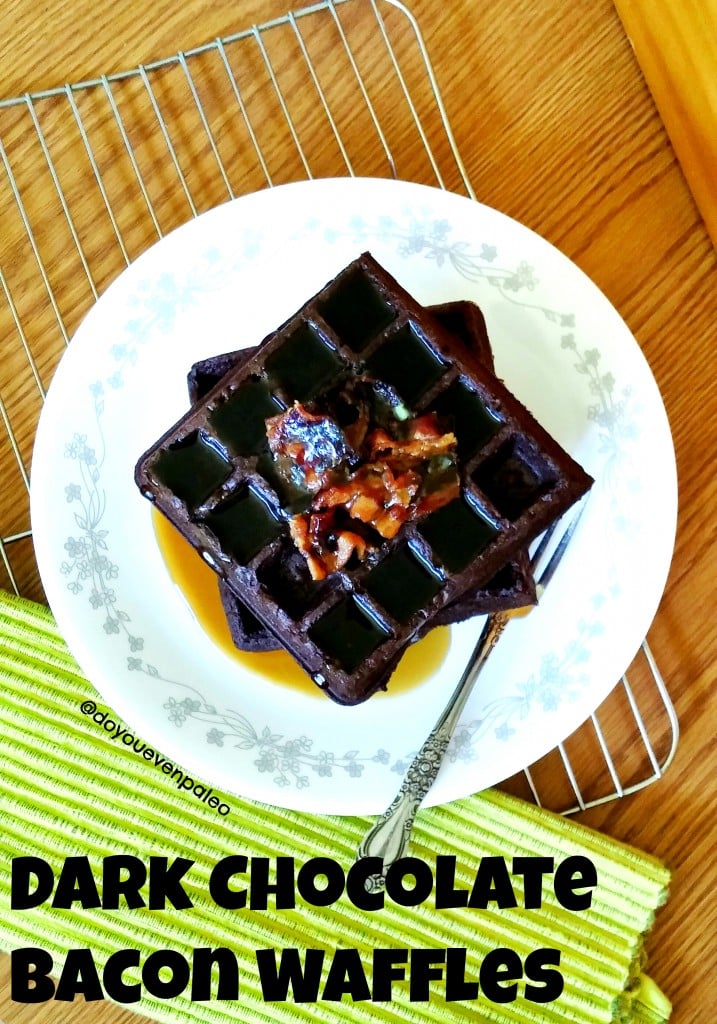 I really love waffles. Which is why I created these chocolate bacon waffles. For the longest time I thought I was a pancake person, but after finding Waffles I knew there would be a special place in my heart for this particular breakfast food. 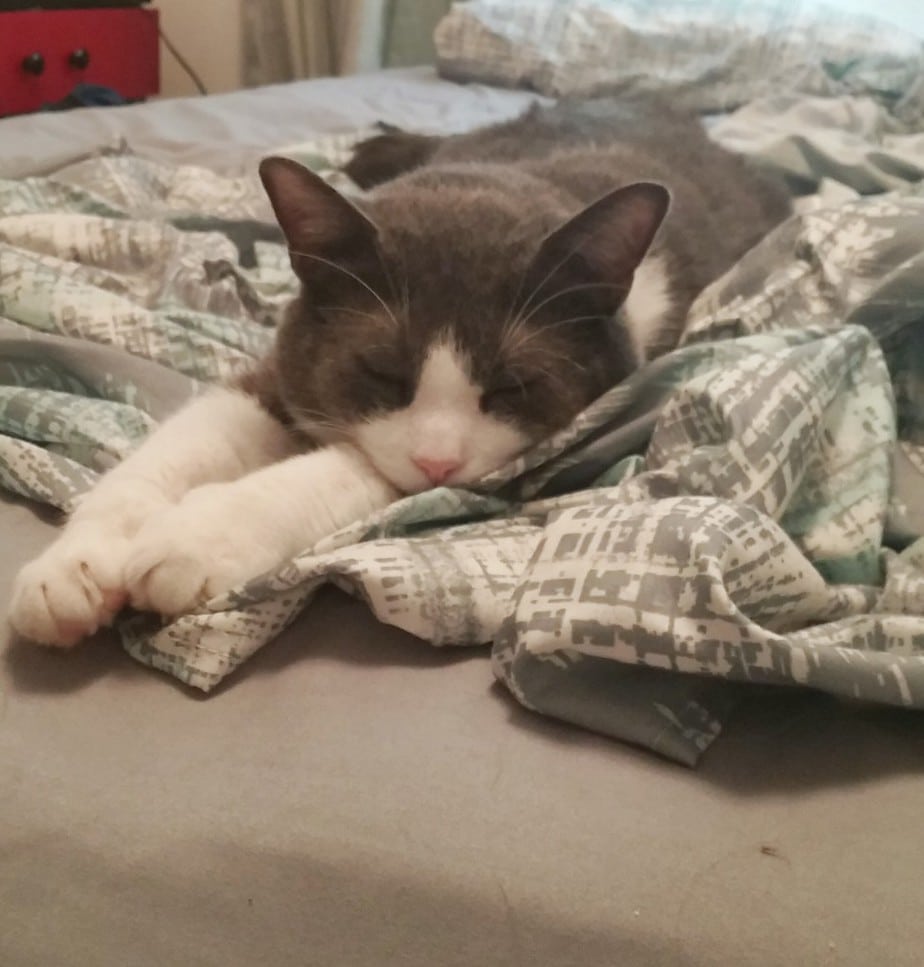 That's right...his name is Waffles. I found a stray and named him after a cat in the old Nickelodeon show Catscratch. He burrowed his way into my heart faster than I could get him to an animal shelter, so he quickly became part of the family. Isn't he adorable? And I knew from that moment on that my relationship with waffles had changed. As I said, I used to side with pancakes in the "pancakes vs. waffles" debate, and I had actually never owned a waffle maker, so it's pretty strange that I didn't name this little kitty "Pancakes". But, when I finally got my hands on a waffle maker and made my first paleo waffles, I was hooked. Waffles totally beat out pancakes in my kitchen any day now! 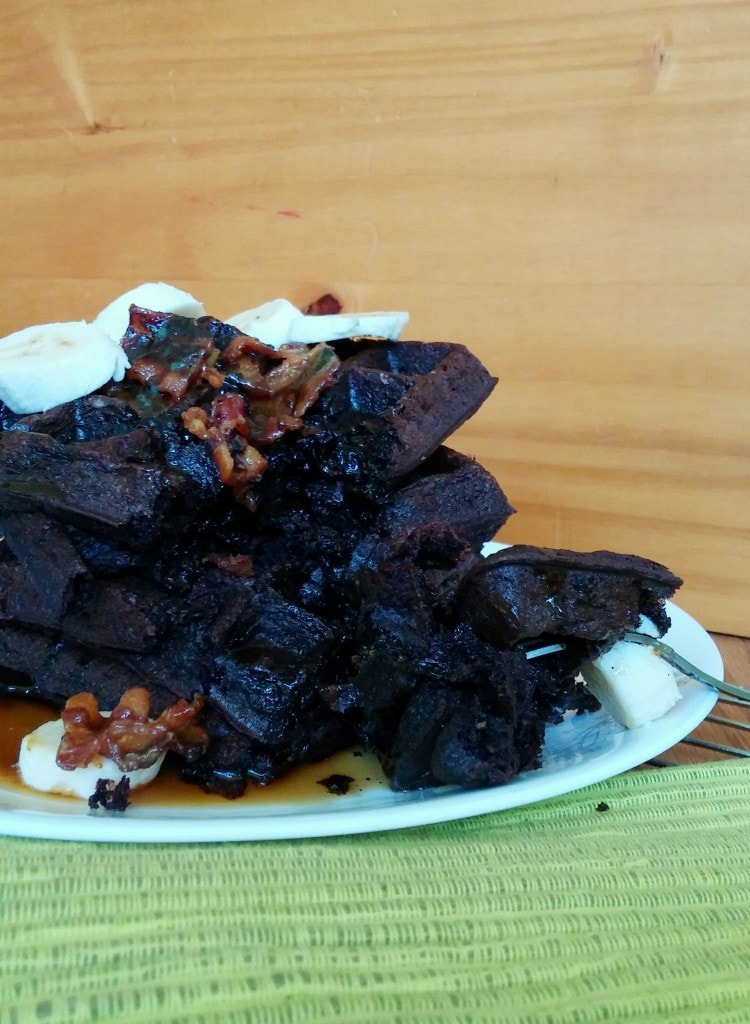 Look at that. Just drool-worthy, am I right?

The inspiration for these decadent paleo waffles came when I saw a very not paleo recipe of the same name. I didn't even bother looking at the ingredient list...I knew from the recipe title that I wanted to recreate them my way. I had been wanting to make candied bacon anyway, so why not mix them in some chocolate waffle batter and call it good?  I mean, that actually sounds like a better use of candied bacon anyway.

These waffles are not super sweet on their own, so you'll definitely want to top them with maple syrup, honey, or a fruit compote. They are certainly dark chocolate waffles. But, with the candied bacon and pure maple syrup, they were rich and just sweet enough.

For the Candied Bacon: