Fire up the grill and bust out the spices for some crazy simple Grilled BBQ-Rubbed Chicken Drumsticks!

Everyone could use a good BBQ spice rub in their lives. More often than not, I prefer a flavorful spice rub to sauce. Overdoing sauce and masking the flavors of the meat itself is easy to do, but with spice rubs you get the best of both worlds.

Another perk? With these drumsticks, you don't have to worry about basting or marinating or anything like that. All you've got to do is toss the chicken in the spice rub until it's properly coated and grill. Couldn't get easier, could it?

I know, I've gone a little overboard with BBQ recipes lately. Between my Peach Barbecue Sauce and BBQ Chicken Smothered Fries, this means, 3 out of my last 4 recipes were BBQ-related. Whoops! I tend to get a little stuck on one general idea and run wild with it.

Fortunately, this one's a little different since you have to fire up the grill. As I already said, sauces are all well and good but dry rubs are ideal for grilling. No messy dripping or anything like that. 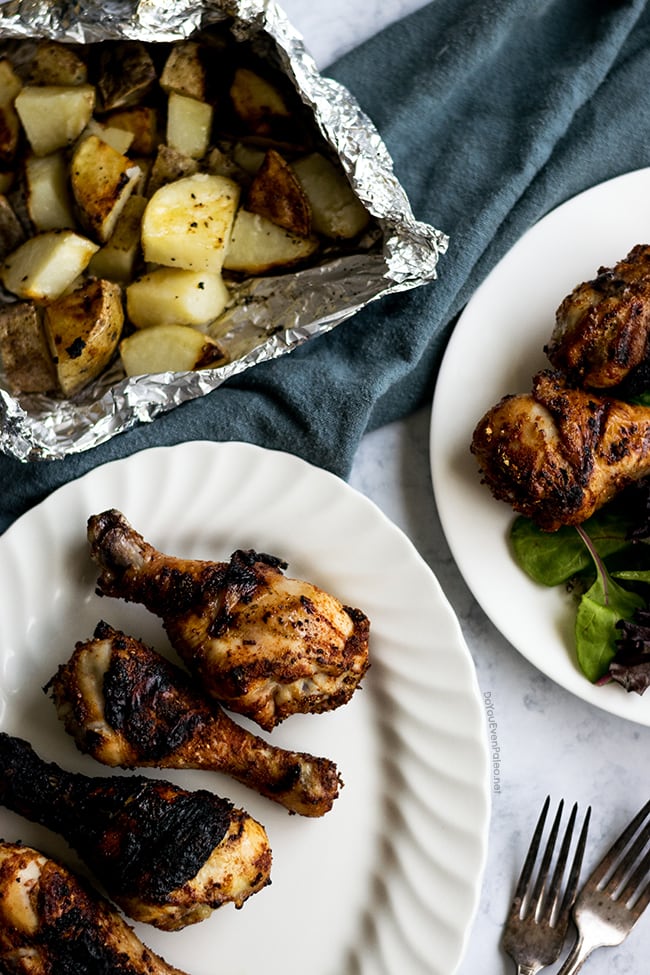 I'm only half satisfied with these pictures. Honestly, I didn't think I was going to share this recipe until I took my first bite. Drumsticks can be rather boring, so I quickly put together a BBQ spice rub based on a few different recipes out there in InternetLand. Tossed the drumsticks in the rub, threw 'em on the grill, and after I started devouring them, I knew I wanted to share what I did.

So these pictures were thrown together pretty quickly so I could return to eating. #badfoodblogger but sometimes, that's life!

I enjoyed these plain, but I keep daydreaming about how good they'd be dipped in some Primal Kitchen Ranch. Worth a shot, yeah? Let me know if you try it!