Creating a one-skillet chicken meal serves a couple different uses for me. First off, this One-Skillet Chicken with Mushrooms & Sun-Dried Tomatoes makes a hearty and simple meal for you. One skillet meals are the ticket to a quick but fulfilling meal.

Second, it allows me to practice some kitchen techniques I haven't had much experience with in the past. I sincerely enjoy learning new cooking skills, so this catapulted to the top of my recipe testing list after I saw similar recipes around the web.

What cooking skills am I talking about? Cutlets and pan sauces. I grew up in a home where almost every meal came from a box or a can, so the idea of "breading" my own meat and making my own sauce just seemed too complicated an outlandish. But those skills are pretty basic, and learning them opens up a whole new approach to dinner.

At its most basic, this recipe is all about simple chicken breast cutlets (made by "breading" and pan-frying) and pan sauce. The mushrooms and sun-dried tomatoes are what make this recipe unique based on those basics. 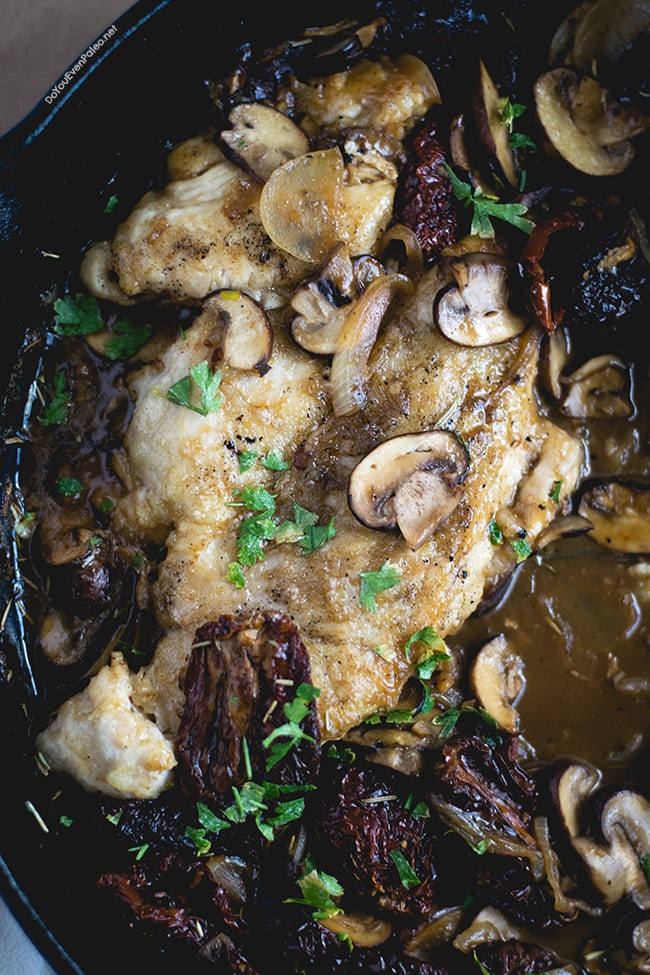 So why the talk about cooking skills and basics? Well, I constantly hear friends lament about "I wish I could cook like that" or "I burn everything I cook." Cooking is a skill. Like all other skills in life, you've got to practice. Yes, you'll make mistakes and burn things along the way.

I know firsthand how daunting recipes can seem. But when you boil things down to basics, it seems much easier to approach!

Often I talk to people who bake a lot, but who don't think they can cook. I used to be in the same boat.

Now, I find that whole concept funny—baking, in my opinion, is way more complicated than cooking. Baking is very precise. Try making substitutions or modifications to a cake recipe without knowing all the basics, and you're on your way to a disaster. Cooking, on the other hand, is much more forgiving. 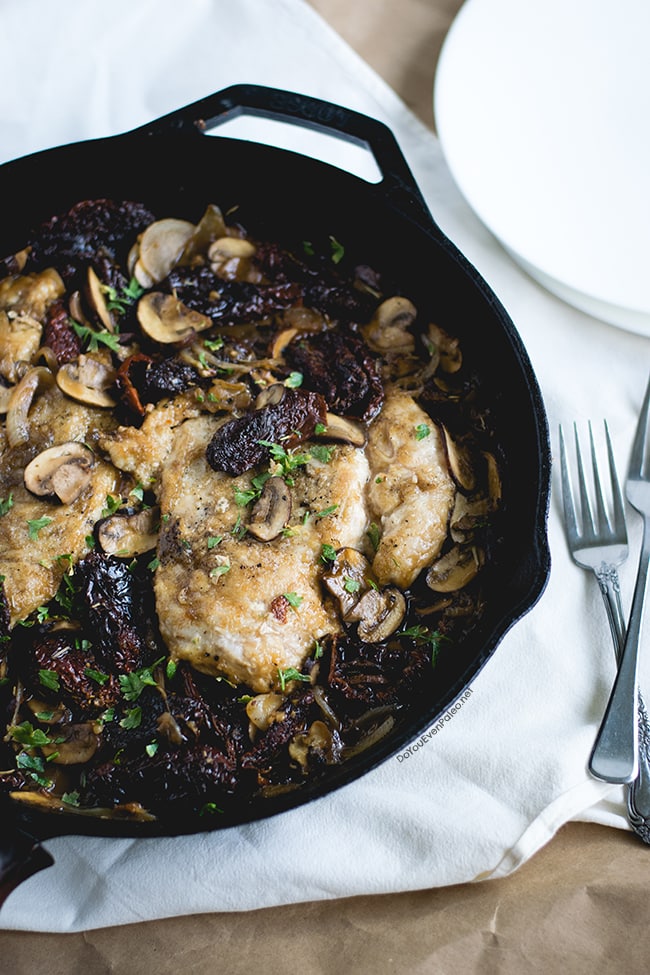 I knew this one-skillet chicken recipe was headed in the right direction the first time I whipped it up. My man spouse, typically skeptical of anything new I make (both a blessing and a curse for a food blogger), took a hesitant bite and then gladly inhaled everything on the plate. Quite the win for me!

If you want to add a little more flavor to the sauce, squeeze 1-2 teaspoons of fresh lemon juice into it at the very end, just before serving.