Spaghetti squash is just begging to be used as its namesake, isn't it? That's why this Paleo Spaghetti Squash & Meatball Casserole Recipe needs to get made, stat.

Still, this simple gluten free recipe has been a long time comin', and I'm glad it's finally ready to share on the DoYouEvenPaleo! 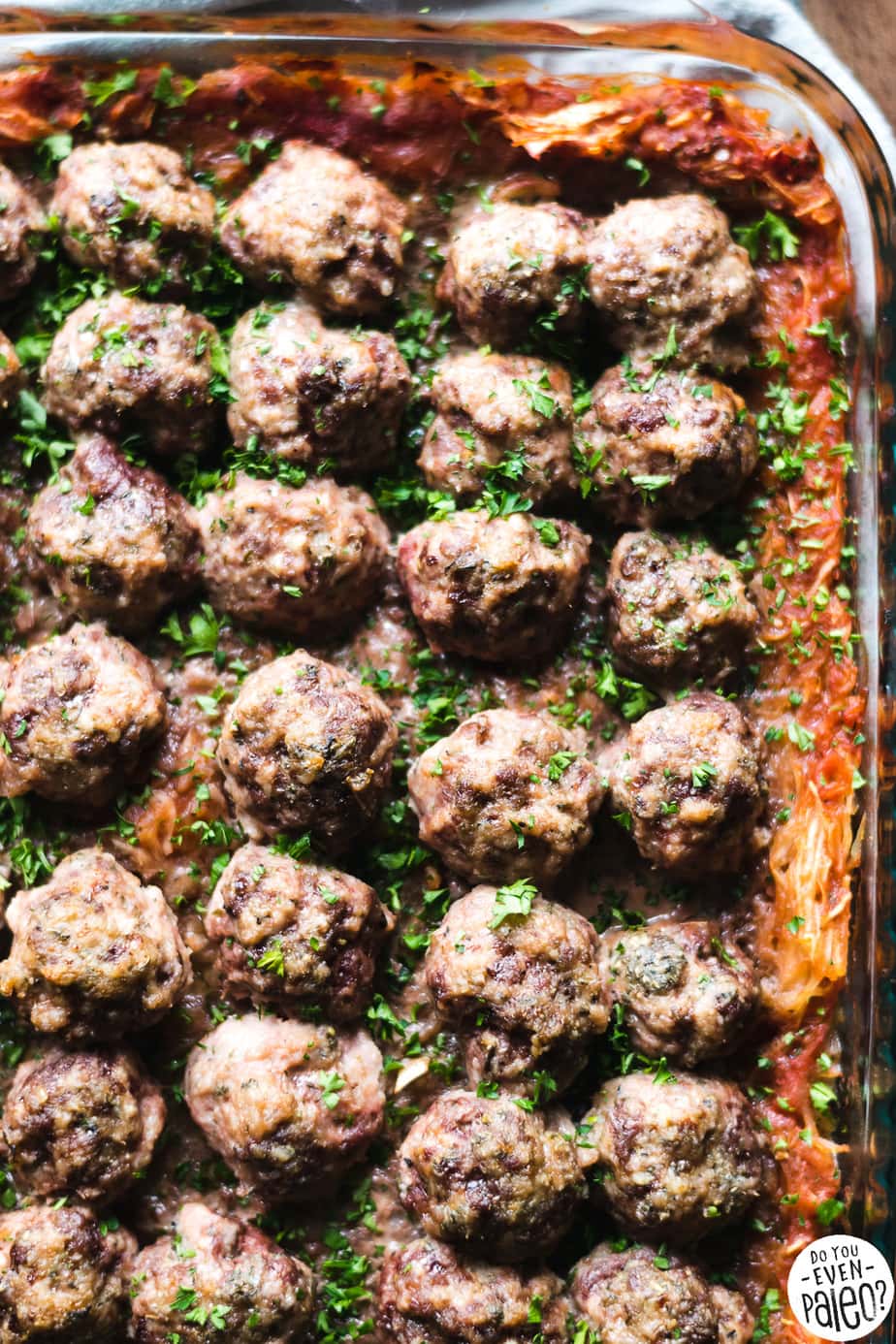 Legit conversation that happened with my spouse the first time I made this spaghetti squash & meatball casserole:

Him: "I'm surprised you're eating this!"

Apparently my husband didn't really get spaghetti squash until that night. But, nonetheless, he adored this casserole even though he's a squash hater. 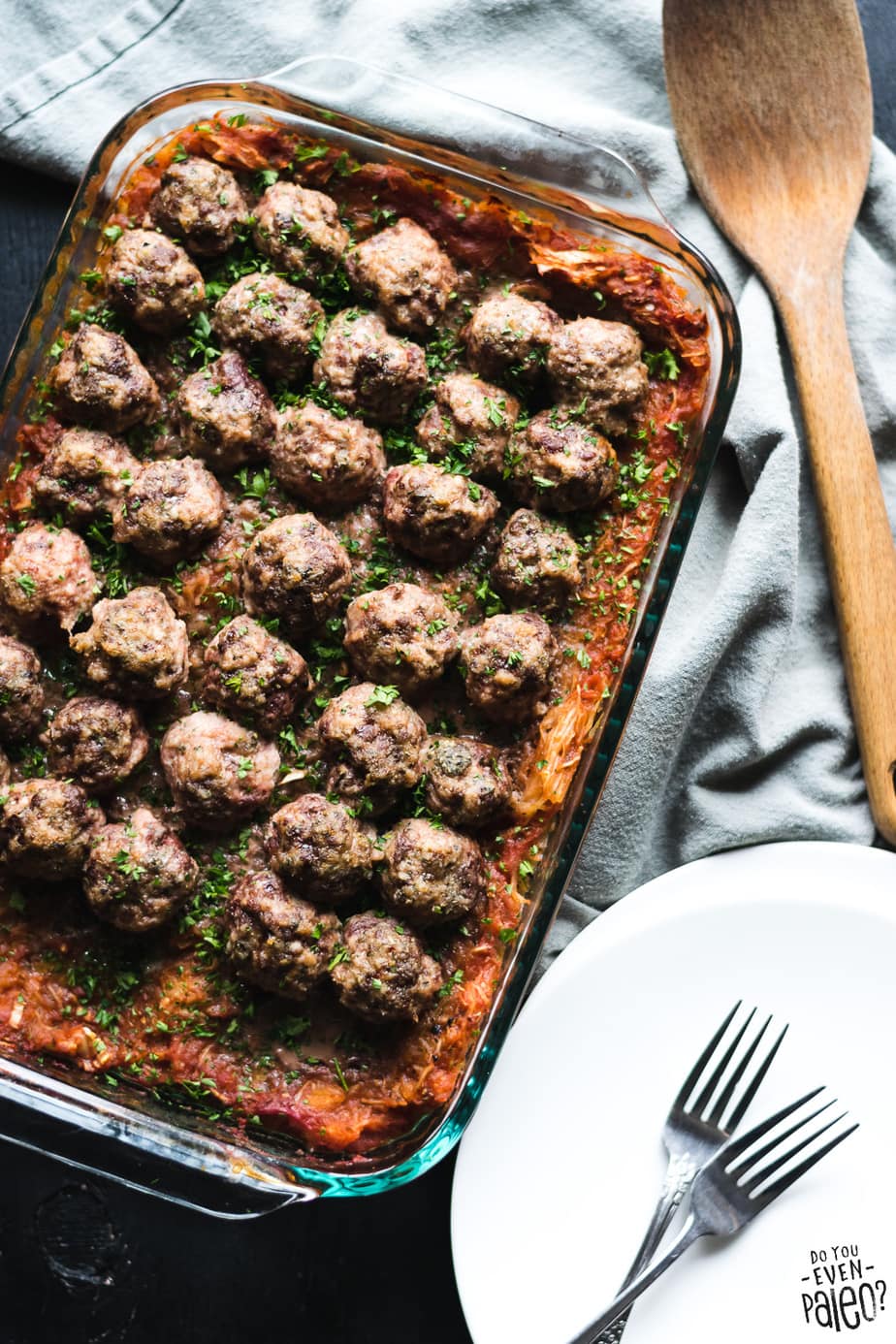 Isn't it a little weird that spaghetti squash is the only squash that gourd-haters seem to like? Meanwhile, I'd rather be inhaling a feast of roasted kabocha squash. Awwww yeah.

Not to say I don't like spaghetti squash. I just don't bother with it most of the time.

But when you're prepping meatballs and the thought for a big, hearty, cook-once-and-eat-for-the-week casserole pops into your head, you've got to pursue that shit. 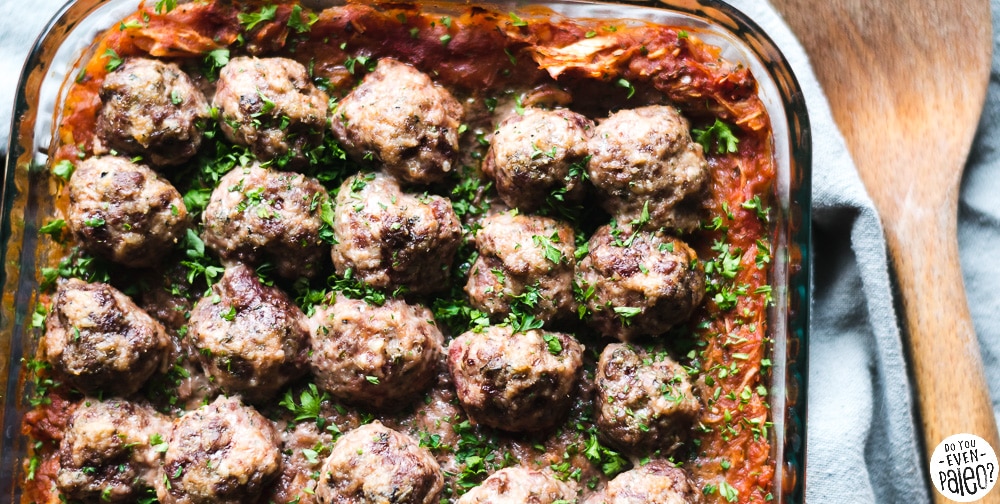 Frankly. casseroles are my favorite use for spaghetti squash. The stringy gourd makes an excellent base for all types of combinations, like Chicken Bacon Ranch. Unlike other squashes, spaghetti squash is pretty neutral, so the other add-ins impart the flavor.

Moving on. Let's talk about the sauce. One recurring theme of this blog is no bland food. I made this casserole a number of times, tweaking the sauce and meatballs until I hit on the right amount of spice. Because seriously, spaghetti sauce shouldn't taste like tomato sauce. You've got to have notes of basil, oregano, and parsley. Ah, now that's a good marinara! 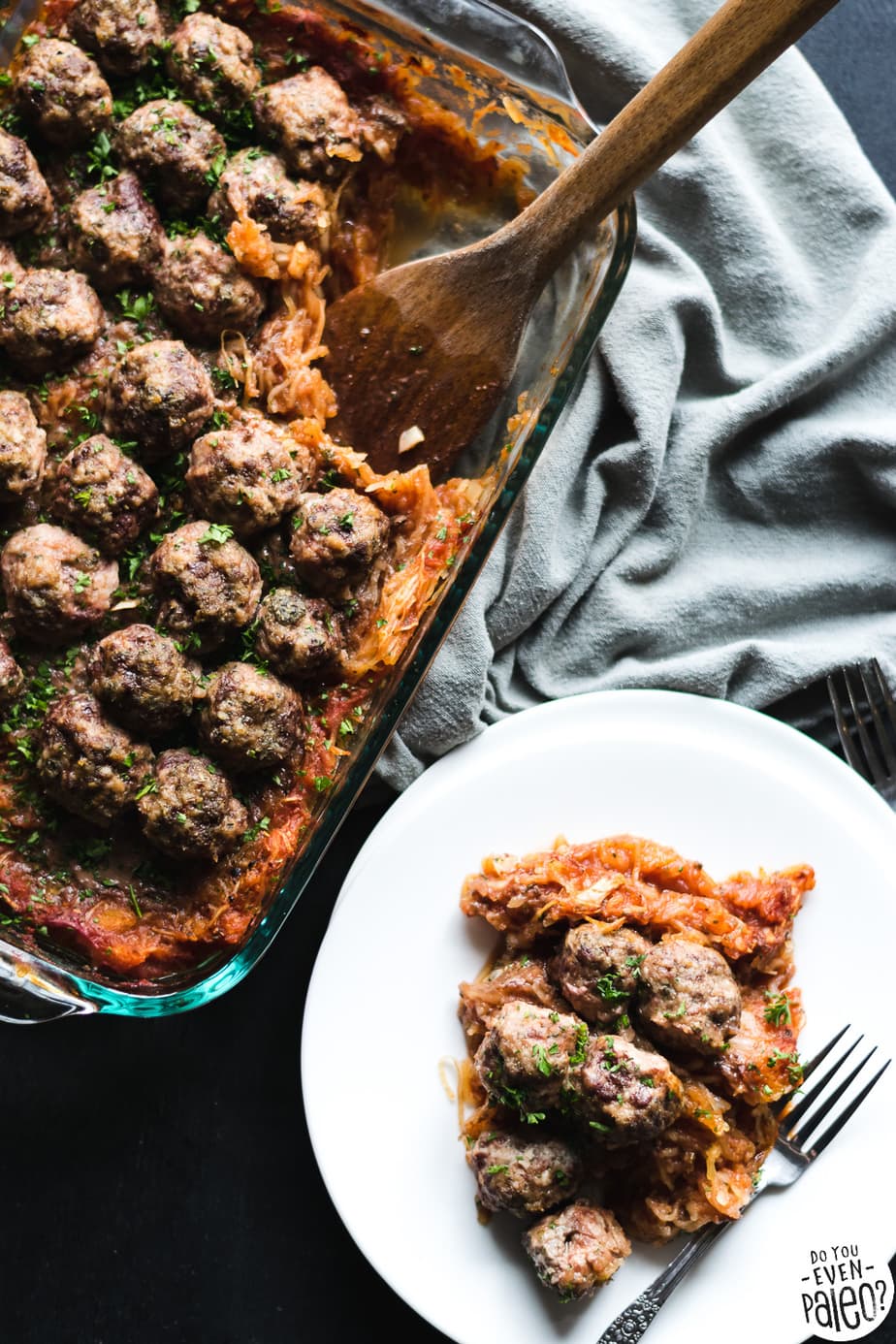 For the Spaghetti Squash & Sauce