St. Patrick's Day is in two days and I wanted to create a recipe that isn't green but that you can still enjoy and feel like you're celebrating the holiday. So what better than a thick, hearty gravy served over potatoes? 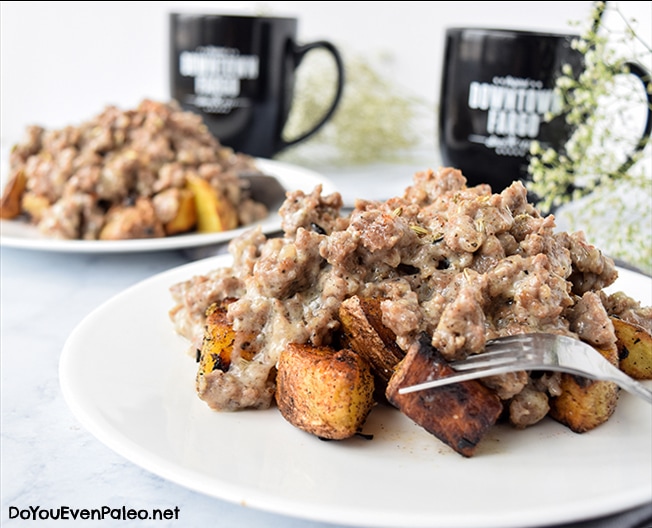 There seem like a lot of steps to this recipe, but it's not that challenging.

You can make the sausage the day before, or use store-bought ground sausage. I find making your own sausage delightful because you get to play with the flavors...but for the sake of convenience, I'm not gonna judge you for grabbing a package at the store.

The breakfast potatoes aren't as difficult as you might think, either. 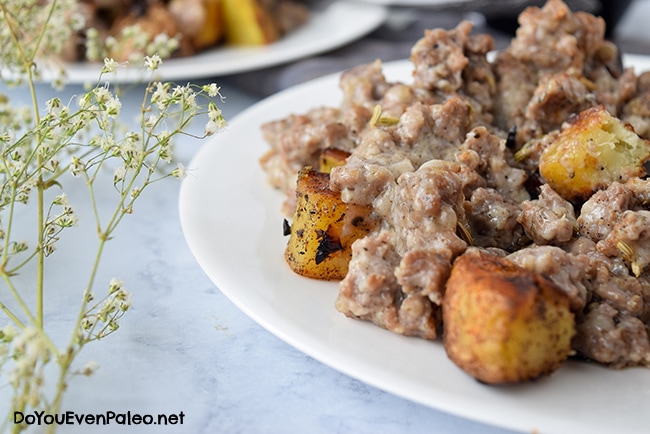 The key, I've learned, is to parboil the potatoes. Parboiling simply means to par(tially) boil the potato chunks, so they're slightly cooked when you pan-fry them. They take less time to cook that way, which means they're less likely to burn. Problems solved! 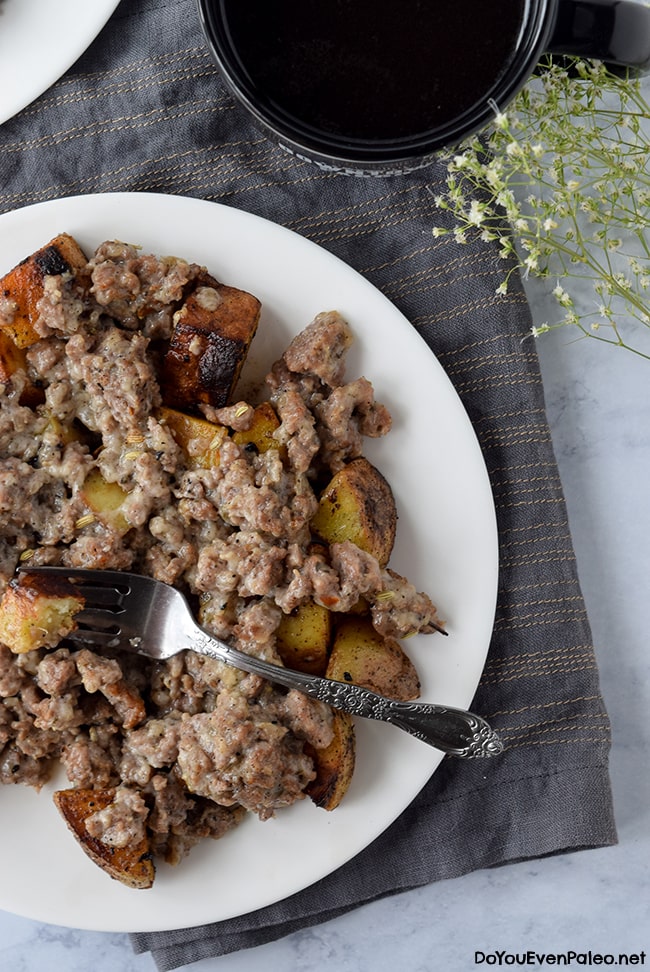 Breakfasts like these are easily my favorite. Hearty and satisfying, with a large cup of coffee. Or two. I found that the sausage gravy reheats very well, so you can make a big batch ahead of time for quick and easy breakfasts.

And quick and easy is a must for me lately! I've been hella busy trying to create more recipes and put a bit more effort into photographing said recipes. Besides that (which has long been a hobby anyway), the CrossFit Open is in full swing and my gym has asked me to take pictures of our community Open WOD each week. I take thousands of pictures each week and then have to go through and edit the gems. On top of that, I'm helping to plan a local convention and things are beginning to ramp up for that.

I mean, it's not too crazy yet (nothing I'm losing sleep over), but it's certainly a little more business than I'm used to. 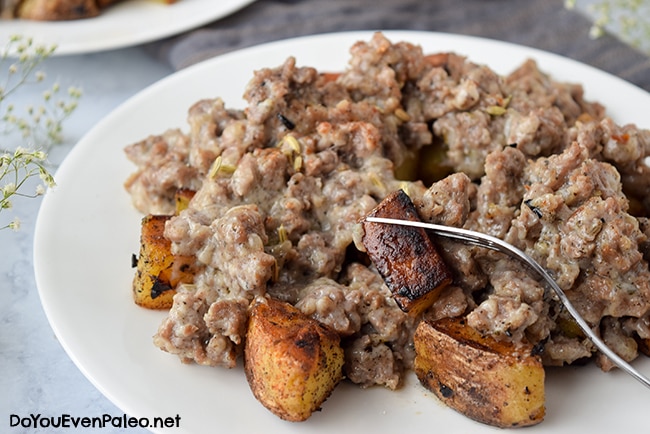 Homemade paleo sausage gravy smothering a pile of breakfast potatoes. Heck. Yes. Did I mention you can enjoy this on a Whole30?